Your email address
Your new password
Cancel

   
When Divers in Florida donned their wetsuits they set a world record to clean 1626 pounds of trash for the largest clean up in history. It happened when over 600 divers, to be exact 633 divers got together at the Deerfield Beach International Fishing Pier.

WORLD RECORD! 633 divers in South Florida broke the Guinness World Record for the largest underwater cleanup in history, collecting thousands of pieces of trash from the ocean floor! 🙌 https://t.co/frH4Wfv1vn pic.twitter.com/e0IqwfUdEB

The divers were part of PADI (Professional Association Of Diving Instructors), an organization which strives to be the world’s most respected and successful organization in recreational scuba diving and snorkelling, Project Aware, which is a global movement for ocean protection and many other dice centres and community members.


It wasn’t at all easy; scuba divers had to stay beneath the water for at least 15 minutes and most of them completed in 2 hours. “It’s amazing to see everybody here, happy, just amazing,” Pavan, one of the organiser told, “The last record took 24 hours, and we did it in two hours, so it’s amazing.” 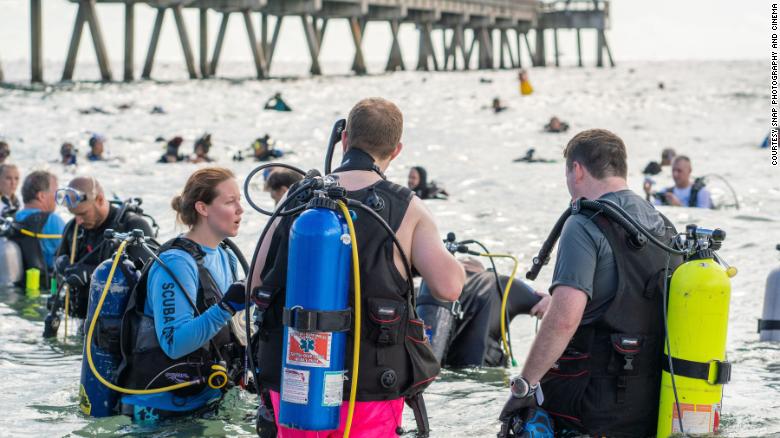 Since out of the 9000 items of marine debris which was received, 3200 pounds was fishing gear it would be recycled says Jack Fishman, the officer of Project Global. Other items like a fishing weight would be either reused or sold back and plastics would be disposed of properly added Jack. It was the 15th time such a cleanup was done; the previous record was set four years ago in 2015 when 614 divers collected trash from the Red Sea off Egypt.


It is truly awesome to see how a big change can be brought when people come together and also create a history.

1
Device to save kids, pets in vehicles developed

10
EXTREME Golf Prank !
Over 600 Divers Just Broke The Guinness World Record For The Largest Underwater Clean up In History