Your email address
Your new password
Cancel

   
With three years to go for the official opening of the Birmingham 2022 Commonwealth Games, the city has announced its commitment to organising 'Games for Everyone' in order to take advantage of the most significant opportunity to showcase itself and the West Midlands to a global audience.And to provide a taste of what's to come in 2022, the city has launched the Commonwealth Social, a free community celebration of sport, culture and food in the recently refurbished Centenary Square.The Commonwealth Social will see thousands of residents coming together with Team England athletes, local business and community leaders, and Games representatives, to celebrate the countdown to the Games.The event includes a series of live performances from regional dance and musical groups and the chance to try Commonwealth cuisine, thanks to local street food traders from Digbeth Dining Club. 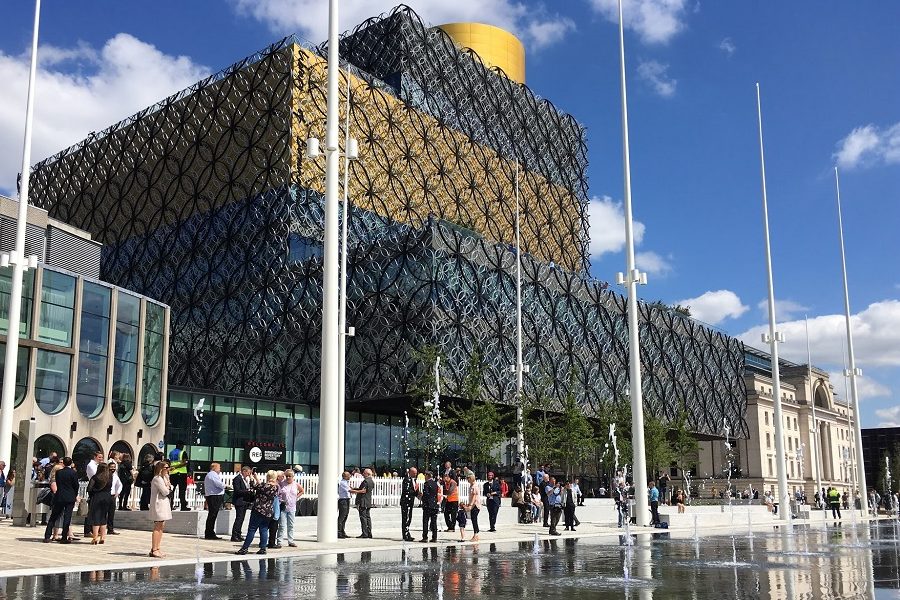 Budding sports stars will also be given the opportunity to take part in demonstrations, receiving advice and encouragement from 15 Team England athletes, including five Commonwealth Gold medallists: boxer Galal Yafai, netballer Ama Abgeze, para athlete Katrina Hart and gymnasts Dominick Cunningham and Alice Kinsella.In 2022, the Games will see 6,500 athletes and team officials from 71 different nations flocking to Birmingham and the West Midlands, to rewrite the region's sporting history but Birmingham 2022 is already proving to be a catalyst for transformation across the West Midlands, attracting new investment and funding, creating jobs and apprenticeships for local people and new opportunities for local businesses, as well as accelerating projects that will ensure the region is ready to host a world-class celebration of elite sport and dynamic and innovative culture.Birmingham 2022 - Chief Executive Officer, Ian Reid said: "On this day, in three years' time, millions of people from across the globe will join us in celebrating the opening of the Commonwealth Games, which is why it will provide a once-in-a-lifetime opportunity to truly put this city and vibrant region on the map.

"The idea behind today's Commonwealth Social event is that we wanted to celebrate this major milestone and to give people an indication of what to expect in three years' time, when the eyes of the world will be focused on Birmingham and the West Midlands region."Just like the Games, sport is at the heart of today's event, but Birmingham 2022 will also be a showcase for everything that's great about this region; the culture, the food and, most importantly, the people that live here. We're creating the Games for everyone and we're already collaborating with local people to help make that vision a reality."The setting for Commonwealth Social, Centenary Square, is just a stone's throw from Arena Birmingham, the venue for gymnastics during the Games and local gymnast, Team England's Dominick Cunningham, is delighted to be attending the festivities.Dominick said: "It's so exciting that it's now three years to go until the Commonwealth Games come to Birmingham, my hometown. Competing for Team England in Australia last year was an amazing experience and to get to do that again in front of a home crowd full of all of my friends and family would be a once-in-a-lifetime experience. I'm not stopping now, I want that gold for Birmingham!"With so many people gathering together, today's Commonwealth Social was identified as the perfect opportunity to introduce the new Birmingham 2022 brand, which was co-created with people from the region through a series of roadshows, workshops, focus groups and conversations held last autumn and winter.

The brand connects key West Midlands destinations -- many of which will host events during the Games -- bringing their locations together to create a truly unique 'B' shaped design.The new logo has in fact been the subject of speculation in the West Midlands this week, after a series of mysterious tape art installations appeared across the region without explanation, but today it was finally revealed that Birmingham 2022 was behind this artwork, after a giant installation at New Street Station was unveiled on Saturday morning.Birmingham 2022 is already demonstrating its commitment to involving residents across the region in everything they do and its recent research project, Common Ground, has visited communities across the West Midlands, speaking to people about how they think the Games can transform the region and the lives of people that live here.Local people will also feature in a new advertising campaign, launched today to raise awareness and excitement for the Games. The adverts put local people at the heart of Birmingham 2022 and will be appearing across the city and online.